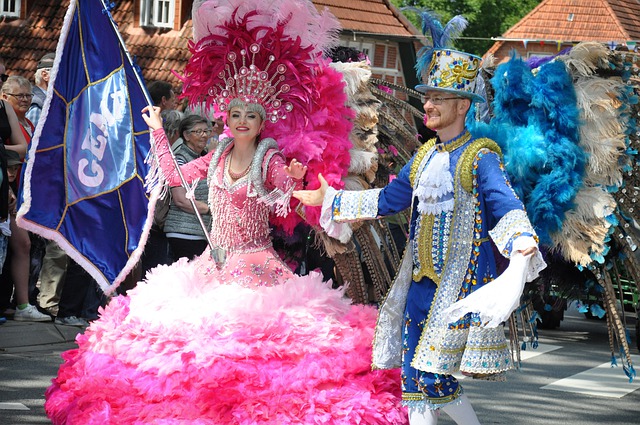 Odori Park – Main site of the Sapporo Snow Festival. Hosting some incredible ice and snow sculptures of all sizes, concerts, and other snow festival events.

Susukino Site – Found in the entertainment district, here you can touch and even sit on some of the snow sculpture displays. The neon lights of the area illuminate the sculptures, to further enhance the fantasy (and your photos for Instagram).

The Tsudome – A family friendly, fun-filled area. Take your young ones on a snow raft or ice sledding, or enjoy the more traditional winter sports of ski and snowboard.

There is food of all kinds available throughout the festival locations, but we recommend trying some seafood, which the region is famous for!

For nine days in October, the Albuquerque skies are colorfully painted as more than 500 balloons lift off from Balloon Fiesta Park. Plan now to attend the Albuquerque International Balloon Fiesta, and be part of the world’s largest hot-air balloon festival. Walk among the moving picture show of hot air balloons lifting gently through the crisp, fall air. It’ll feel like you’re in a dream.

Each Saturday, Sunday and Wednesday during the nine day-long event begin with Dawn Patrol and a breathtaking mass ascension, when all balloons launch from Balloon Fiesta Park in two waves, speckling the sky above. Balloons begin to launch at about 7:00 a.m. each day. In addition to mass ascension mornings, other days include launches from the park and special shape rodeos, when a spectacular variety of special shape balloons ascend from the grassy field. Evening events vary throughout the week, but many nights feature a Balloon Glow, when the hundreds of balloons on the field stay grounded, and simultaneously light up the night sky. Other events, concerts and activities take place throughout the week.

Although Coachella’s roots are all about music, it’s become way more expansive than that in recent years. It features art installations and has also become a major fashion hotspot for bohemian-inspired styles. It’s also packed with celebrities, from the artists who are performing to stars who just want to hang out. A-listers like Kendall Jenner, Jared Leto, Leonardo DiCaprio, and more are spotted there almost every year.

The music festival plays out across five main stages: the Coachella Stage, Outdoor Theater, Gobi Tent, Mojave Tent, and the Sahara Tent. Major headliners are saved as the last acts, while smaller artists and bands play throughout the day.

The Hawaii Lantern Floating festival takes place each Memorial Day at Ala Moana Beach Park in Honolulu on the island of Oʻahu, and is a unique event where people launch paper and wooden lanterns in large numbers into the waters of the Pacific Ocean.

The event has been taking place each year since 2002 and is now an important part of the local culture, attracting large numbers of international visitors as well as local residents, all wishing to pay their respects in this calm and picturesque environment.

For those concerned about the potential environmental impact of putting so many lanterns into the ocean, we should point out that great lengths are observed to ensure that the lanterns are successfully retrieved, restored and stored to be reused again the following year.

Once a year, in mid September, the international festival COUPE ICARE takes place in Saint-Hilaire du Touvet, a small town in the French Alps near Grenoble. Competitions of air skiing are held, and the winner takes the cup.

The competitors jump from the cliff above the green valley wearing colourful cloths or costumes.

The festival attracts lovers of skiing and diving. In addition, international exhibitions of diving and skiing equipment’s are presented as well as professional movies about surfing, competitions of designing surfboards, and lively street shows.

Diwali, or Dipawali, is India’s biggest and most important holiday of the year. The festival gets its name from the row (avali) ofclay lamps (deepa) that Indians light outside their homes to symbolize the inner light that protects from spiritual darkness. Thisfestival is as important to Hindus as the Christmas holiday is to Christians.

Over the centuries, Diwali has become a national festival that’s also enjoyed by non-Hindu communities. For instance, in Jainism, Diwali marks the nirvana, or spiritual awakening, of Lord Mahavira on October 15, 527 B.C.; in Sikhism, it honors the day that Guru Hargobind Ji, the Sixth Sikh Guru, was freed from imprisonment. Buddhists in India celebrate Diwali as well.

Tomorrowland should be on every dance music lover’s bucket list! Since its beginnings in 2005, the festival has grown to one of the best in the world, similar in size to Coachella.

However, Tomorrowland isn’t like other music festivals. The festival has its own currency, town, and a lineup featuring some of the best names in the business. Hundreds of thousands of people attend every year to experience the euphoric, uplifting atmosphere that the festival organizers have created.

Bregenz Festival
July and August in Bregenz in Vorarlberg, Austria

The Festival became an international event in its first year 1946, one year after World War II. People from Germany, Switzerland and France came to the festival. Two stages were created out of floating barges. One barge for the Vienna Symphony Orchestra and the other barge for carrying stage structures.

When the sun begins to hide under the waters of Lake Constance, the show raises the imaginary curtain on the worlds largest floating stage. The 7,000 spectators gathered in the auditorium will dive into a stunning visual and audio feast outdoors in opera format.

Throughout its long history, the Austrian festival has built some of the most amazing designs ever seen on stage. An artistic and logistical effort to create a new project every two years, set in a gorgeous landscape.

Ever since 1981 kites from all over the world have been gathering and flying over the beach.

11 days of fantasy on the beach of Pinarella with kites coming from all over the world.

Boi Bumba is a great musical and theatrical experience, but also a religious procession, and an indigenous ritual. The three-hour show ends with a major street party for the audience and participants. The streets are full of food, drinks, and music. The main square with its cafes and bars is close to the main stage—the Bumbódromo—and after the performance, the dance and songs of Boi move there. Visitors can listen to the toadas, immerse in the Marujada and the Batucada beats. There is an array of similar festivities in Brazil, but Parintins hosts the biggest and most impressive one.

On the fourth day of the festival, the winner is announced, after which the band and their fans hold a Boi parade around town. People of Parintins are very serious about taking sides and cheering for their teams.

GlobalFest is an annual cultural celebration in Alberta, Canada. The festival has been held every August since 2003, and is organized by The Calgary Fireworks Festival Society.

Officially, the festival starts on January 5 and lasts till late February. However, exhibits often open earlier and stay longer, weather permitting. While ice sculptures are erected throughout the city, there are two main exhibition areas:
Sun Island is a recreational area on the opposite side of the Songhua River from the city, which features an expo of enormous snow sculptures.

Ice and Snow World is an area open in the afternoon and at night which features illuminated full size buildings made from blocks of 2–3′ thick ice taken directly from the Songhua River. The park usually opens from late December to late February. In 1999, the first Ice and Snow World opened to public to celebrate the millennium. Each year the park has to be rebuilt with newly designed ice buildings and snow and ice sculptures. In recent years, the park has been as large as 80 hectares.

During the festival, there are ice lantern park touring activities held in many parks in the city. Winter activities during the festival include Yabuli alpine skiing, winter-swimming in the Songhua River, and the ice-lantern exhibition in Zhaolin Garden. 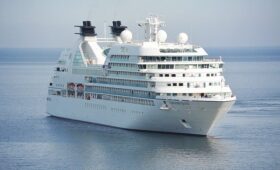 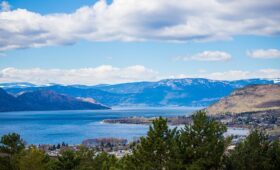 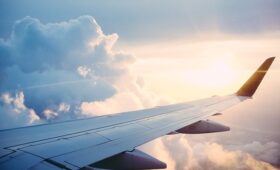