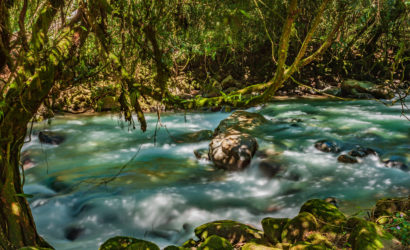 Costa Rica is a rugged, rainforested Central American country with coastlines on the Caribbean and Pacific. Though its capital, San Jose, is home to cultural institutions like the Pre-Columbian Gold Museum, Costa Rica is known for its beaches, volcanoes, and biodiversity. Roughly a quarter of its area is made up of protected jungle, teeming with wildlife including spider monkeys and quetzal birds.

San José is the capital and largest city, and the capital of the province of the same name. It is located in the centre of the country, specifically in the mid-west of the Central Valley, and contained within San José Canton

La Fortuna is a small town in Costa Rica, northwest of the capital, San José. It’s known as a gateway to Arenal Volcano National Park, comprising 2 volcanoes. Active Arenal Volcano is still laced with lava flows. Hot springs dot the foot of the volcano, on the thermal Tabacón River. Dormant Chato Volcano has a crater lake and rainforest trails leading to La Fortuna Waterfall, with its natural pool.